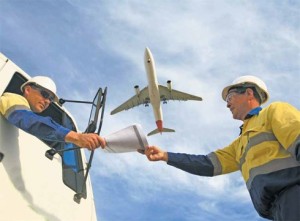 “Heightened risk of mental health issues” were the findings of a WA parliamentary committee investigating the mental health impact of fly-in, fly-out (FIFO) work, although they were unable to validate media reports of suicides.

The inquiry was triggered last year by reports of nine separate cases of suicide, however in a final report in the WA Parliament, the committee could not identify these cases.

A lack of accurate, accessible data made it impossible to determine a rate of suicide amongst any particular industry or workforce, said committee chairman Graham Jacobs. The committee called for a single, searchable database of suicides for specific occupations, including FIFO workers.

Mr Jacobs said, “Without an occupation code in that single, searchable database kept by the coroner, there is no way of knowing what the impact of that industry is on that particular cohort”.

Whilst unable to verify the suicides, the committee were able to determine the link between heightened risk of suicide and FIFO work, and determined that FIFO operations lead to an increase risk of mental health issues.

Workforce may be vulnerable

Workers could be 30 percent more likely to suffer a mental health issue, compared to the national average of 20 percent, the committee found after Identifying three separate studies whose research was used to validate these claims.

Although more research is required, “the extent of the problem must not be ignored and work must be undertaken now to mitigate the risks, rather than waiting for the outcomes of future research projects”.

‘What you see is the FIFO industry employing the very demographic that has the highest incidence of mental illness.’

It seems understanding the FIFO workforce main demographic was a key indicator to these findings. The FIFO workforce being predominantly males aged between 25 to 44, are typically more at risk of mental health issues and suicide than any other demographic.

“To ignore this demographic profile is to ignore a clear indicator that members of the FIFO workforce may be vulnerable in terms of mental illness”.

The Mr. Jacobs told Parliament it was important the industry considered the vulnerability of its workforce to the additional stresses of FIFO work.

“What you see is the FIFO industry employing the very demographic that has the highest incidence of mental illness, and that must as we have said in our report be important,” Mr Jacobs said.

A code of practice on FIFO work which directly targets the risk of mental health issues, was called upon by the committee.

Rather than suggesting that some workers were not suited for FIFO work, the committee instead maintained that it should be the industries prerogative to recognise and address the potential vulnerability of all workers.

“Rather than trying to screen for and recruit workers able to withstand the challenges of a FIFO role, the industry’s emphasis should be on tailoring FIFO roles to accommodate the mental health needs of workers”

The report recommended specific legislation regarding to FIFO work, rather than just shift work.

“Changes to the law should ensure that a FIFO worker occupying or residing in FIFO accommodation is not exposed to risks to health and safety, including risks to mental health”

The committee report also recommended changes to improve the reporting of suicides, attempted suicides and deaths on mine sites, whether on or off shift.

The report has already been welcomed by mining heavy hitters, including Rio Tinto and BHP Billiton, who are expanding their operations in the Pilbara.

“But in particular whether or not that attempt, or that suicide, has occurred on work premises or during what’s deemed to be work time, and therefore whose responsibility is it to either conduct the investigation or to collate the data for instance,” Lifeline WA chief executive Fiona Kalaf said. Lifeline was concerned about the lack of credible and reliable data on suicides, but acknowledged there were challenges.

“The other factors we were particularly keen to see acknowledged is that there are unique circumstances that can give rise to mental illness or emotional crisis within the FIFO working lifestyle, and that has also been addressed by the committee.

“I think one of the really important forward steps is that the committee in its recommendations have called for a code of practice on FIFO work arrangements, and in doing so they have really acknowledged that mental health and safety should be treated with the same level of intent as physical health and safety.”

One thing everyone seems to agree on is the need for more research into the mental health effects of FIFO work. This inquiry will hopefully bring to light the mental health challenges many FIFO workers are facing, which hopefully will encourage companies to provide a mentally healthy and sustainable working environment for their employees.